On-Page Optimization: Handling the Things You Can Control 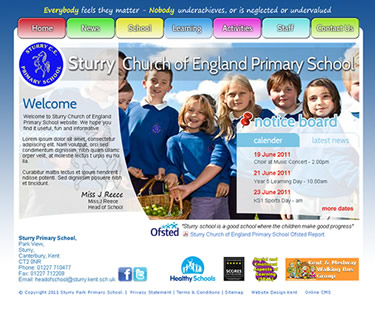 If you’re new in SEO, the first thing you have to know is that it is not just about keywords, that there are two ghouls *ahem, goals you have to master, and they were named off-page and on-page optimization.

But here we will tackle about the one where you can have perfect rule over- on-page optimization. Lots of web sites all over the world are vying to be number one for certain terms, and those at the top are probably maximizing the ranking variables that they can control. If you closely look on the competition, the war is not just about the right keyword density, but also on the content sensibility. The fact is that Google is basing its algorithms upon the normal human behavior of their search engine users.

Let’s accept it: time will come that all the artificial tricks that make SEO content sound robotic will pretty soon be detected by the giant search engine. So the best technique so far is creating an engaging and informative content that will not catch only traffic but also human interest.

“But if the SEO thing ends with the conclusion that we should create sites just as poignant people would do, what difference does it make to be called an SEO?” you might ask. Now here’s the answer: not all people know where to strategically place their stuff. So here’s where:

The title of each page matters most in on-page optimization, especially the first words. Don’t waste your first term with sleazy articles like ‘the’ and ‘a.’ Instead make the keyword as near in the beginning as possible. Also, limit your title with 70 characters including spaces if you don’t want an ellipsis to appear on your title in the Google results. But don’t get it wrong, spiders will still crawl all the excess words. However, ellipsis is a turn off to search engine users.

Finding a good domain name for your site is an awful lot. There are millions of sites across the world and to find a name that is original from the others is actually a tedious work. If you think that you’re working in an industry that is too common, dump the idea of having a keyword-optimized domain. Instead work on the URL. Make sure that it is short enough and easy to understand. Most of all, include the magic term on it.

HTML tags are just as important in the game. The thing with headings is that though they are not seen by the traffic. They identify what your site is all about. H1 should contain the meatiest terms in the content, while H2 and H3 can be filled with related words and supporting subjects.

Ah, of course. Make sure that the first and last part of the main post is keyword optimized, but mention your target terms not too often if you don’t want to be marked by search engines as spam. And most importantly, the content in general must not sound like an ugly concoction of nothing but keywords.

Since search engines can’t read images and other media except text, you also need to add keywords in the alt tags of your images so as to maximize all the elements of your web for on-page optimization.

Lastly, remember that there is much in store for SEO in the next years to come, so it is best to continue the process on a regular basis.