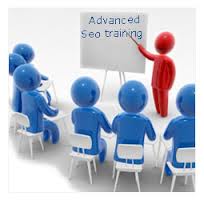 When using Google AdWords, your landing page should always be highly relevant to the ad you’re placing. The higher the relevancy of your ad, the better the price of your CPC per keyword. That’s just how Google does business. Don’t try to fool customers by sending them to some page you think they’ll like better (or for whatever other reason you might have to do so); in the end you’ll just be sabotaging yourself. Google knows how relevant your ads are by how much time someone who clicks on your ad stays on your page, as well as how many times the searched keyword appears on your landing page. There are other factors in the Google relevancy equation, however, the entire formula isn’t revealed by Google.

Landing Page Optimization is equally as important as ad optimization in Google AdWords. If someone clicks on your ad and find themselves on a page which is not directly related to the ad they clicked on, the chances are that you’ve just wasted the money you spent on that click. Maybe your ads have a great CTR, but if your cost per conversion is horrible your CTR doesn’t mean anything. Say you’re advertising a Harry Potter book; don’t link the clicker to the bookstore homepage, link them to the exact page where the Harry Potter book can be bought. If your ad mentions some sort of specific deal, make that deal visible on your landing page.

You should always split test landing pages (if you own the domain you’re using to advertise of course). To split-test, make two identical ads and just change the landing page links (you want the ads to be identical because otherwise you won’t know what the discrepancy in cost per conversion is due to). If you don’t know anything about “web -copywriting” and you have access to the source code of your capture page, you should definitely read a web-copywriting book. Testing your own ideas and layouts of landing pages can also be great, but knowing what really sparks interest in the human mind could save you a lot of money.

5 Good Reasons to Use WordPress?

3 Tips for Getting Started in Copywriting

How to Plan a Search Engine Optimization Campaign

Tips for Designing Magazines You Need to Know Before Printing

Means of On Page and Off Page Search Engine Optimization