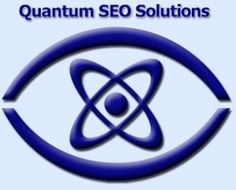 It’s not often that I’m late to the party with something, but quite honestly, I had been stuck in the tried and proven copywriting rut for so long that I didn’t even consider something else. Well, maybe it’s time to consider something else. I’ve looked over this ugly video sales letter thing and I’ve developed some logical and rational opinions on it. Before you totally disregard the idea, you might want to read this article. I think it will give you a whole different perspective.

Let me start off by saying this. The ultimate goal of your sales letter is to turn a prospect into a paying customer. However you can do that, as long as it’s legal and ethical, is fine. If nothing else, I have learned from my almost eight years of marketing online that there is more than one way to skin a cat. What works for one niche might not work for others. Having said that, here is what I think of ugly video sales letters and the arguments for and against their use.

It is no secret that in many niches, people just don’t read long sales letters least not in their entirety. They pretty much skim certain parts like the headline, bullet points, maybe a few sub heads, the guarantee, testimonials, price and the PS. You may even fall into that category yourself. I know I do unless it’s a sales letter for a very critical problem that I have to be as close to 100% sure about in regard to the solution as possible. In that case, I will read every last word. This is particularly true in many areas of the health niche. When people are dealing with life and death health issues, they read.

Having said that, I feel that the ugly sales video format, for some niches and for some low end products is actually a better idea. Essentially, what it does is it gives the prospect bits and pieces of the sales letter so that the whole thing is more easily digestible. So you can actually take a 20 to 30 page sales letter and break it down so that it doesn’t seem that long, even though in reality, after you’re done viewing the whole thing, it’s 10 to 15 minutes long. Properly formatted, it doesn’t seem that long. Of course it helps to have a good voiceover man.

You will probably get your best results with low end products because the video itself can be much shorter than normal. I’d say a 3 to 5 minute read would be more than sufficient to sell a $17 to $27 product. Naturally, you will need to test this for yourself.

I arrive at these theories not from thin air. My sales letters in general are very short, and yet, they convert very well. In fact, I am right now somewhere in between the ugly video sales letter and long sales letter method of getting my sales pitch out there. But again, I don’t sell high end products doing this. That would have to be tested.

Ultimately, the whole process of using these will have to be tested. The only way you’re going to find out if they work better or worse than a traditional long form sales letter is to split test.

will have your answers.

Copywriting Secrets: The First Thing You Absolutely Must Do Before Writing A Single Word

Getting Listed on Google’s First Page With Keyword Optimization Techniques