Skip to content
Home General Article Life is a Stage 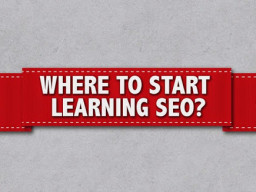 Life is a stage and I got cast in a B rate movie! Okay, just joking. I can’t remember who said that. I think it might have been Woody Harrelson. Anyway, This newsletter is going to be about injecting a little “Theater” into your marketing. You see, almost everyone in business has a relatively boring product to sell. Or at least it can be made to look that way.

Take for example the famous promotion that Halbert put together for Tova Borgnine. All he had was a perfume. The same perfume that anyone could get (in fact he put it together on the sidewalk of Westwood LA). How would most people go about selling the perfume? Maybe create an ad and say something about how good it will make you smell, or how the opposite sex will be attracted to you. You know, the usual. How many perfume commercials have you seen in the past few years that made you talk about it? Not Gary, he put together an promotion, and the “Theater” of the promotion was simple. The headline explained it perfectly, Wife Of Famous Movie Star Swears Under Oath Her New Perfume Does Not Contain An Illegal Sexual Stimulant!

See the difference? Your job if you want to sell a bunch of your stuff is to get people involved and interested in it. Sure, almost everything actually IS boring, or can be made to be. But if you’re the one who injects a little life into your advertising then people will pay attention to what you’re saying. And if they’re paying attention (and maybe even talking about what you’re saying) then you actually have a pretty good chance of possibly selling something. I know what you’re telling yourself right now, Well if my prospect wants what I’m selling then I don’t need to have all this other stuff around it. They’ll still want what I’m selling. And this is mostly true. But the thing is they will never find out IF they want your product if they aren’t paying attention to what you’re saying. This is why AIDA is so important. You can’t sell something if you don’t have your prospect’s attention.

So what can you do to inject a little theater into your promotions? Well, people are attracted to 2 different things like bees to honey, Controversy And Drama If you can inject this into your promotion then people will pay attention. What do you think soap opera is? Or sports? Or just about anything that makes the news. It sucks people in and if you play your cards right you might be able to turn it into a sale.

College Advice Every Student And Their Parents Should Have

Homeschooling Tips That Every Parent Should Know

Homeschooling With All Of The Benefits And None Of The Pitfalls